Founded in 1989, the Archives de la critique d’art is the only research facility in Europe devoted exclusively to the writing and personal archives of art critics. Located in Rennes, France, the Archives collects and conserves books and documents by art critics, institutions and art galleries, making them available for research by students, scholars, and critics from France and abroad.

The heart of the collection consists of 70 archival “fonds” representing many of the primary witnesses and actors in postwar contemporary art. Additionally, 330 sets of writings offer an exacting portrait of contemporary art criticism. In all, the collection contains some 80,000 printed volumes, 50,000 photographs, films and videos, 150 audio recordings, and 2,300 different periodicals (25,000 issues), plus 500 linear meters of archives. The Archives also possesses a sizeable specialist library.

Major donations from Michel Ragon, Frank Popper, and Pierre Restany form the collection’s core, with important gifts also made by Aline Dallier-Popper, Otto Hahn, Alain Jouffroy, and Michèle Cone. The collections of deceased critics including Dany Bloch (Video Art), Roberto Pontual (Latin America), Alain Macaire (International Art) and, most recently, François Pluchart (Body Art) have greatly augmented the Archive’s depth and scope.  Additionally, the Archives contain all documents pertaining to the Biennale de Paris from 1959 to 1982, as well as the documentation of the International Association of Art Critics (AICA; French and international sections).

The Archives works with the Research Laboratory for the History of Art Criticism at the University of Rennes 2 and the Institut National d’Histoire de l’Art, Paris (INHA) to maintain high standards of investigation and scholarship. In 2007 the Getty Research Foundation, Los Angeles underwrote an important 2-year evaluation program. The Archives welcomes researchers and contemporary art scholars from France and abroad, as well as students at Masters level and above.  Archival holdings are conserved in a specially controlled environment and retrieved on demand.

Research is regulated under the French Law on Archives no. 79-18 of 3 January 1979; visitors are obliged to certify their familiarity with its terms. Access to all documents is governed by the laws on intellectual property (92-597 of 1 July 1992 and 97-283 of 27 March 1997), which protect the intellectual property of authors for a period of 70 years after their death. 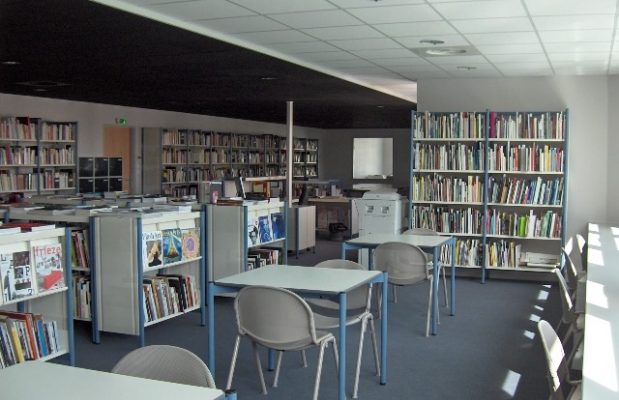