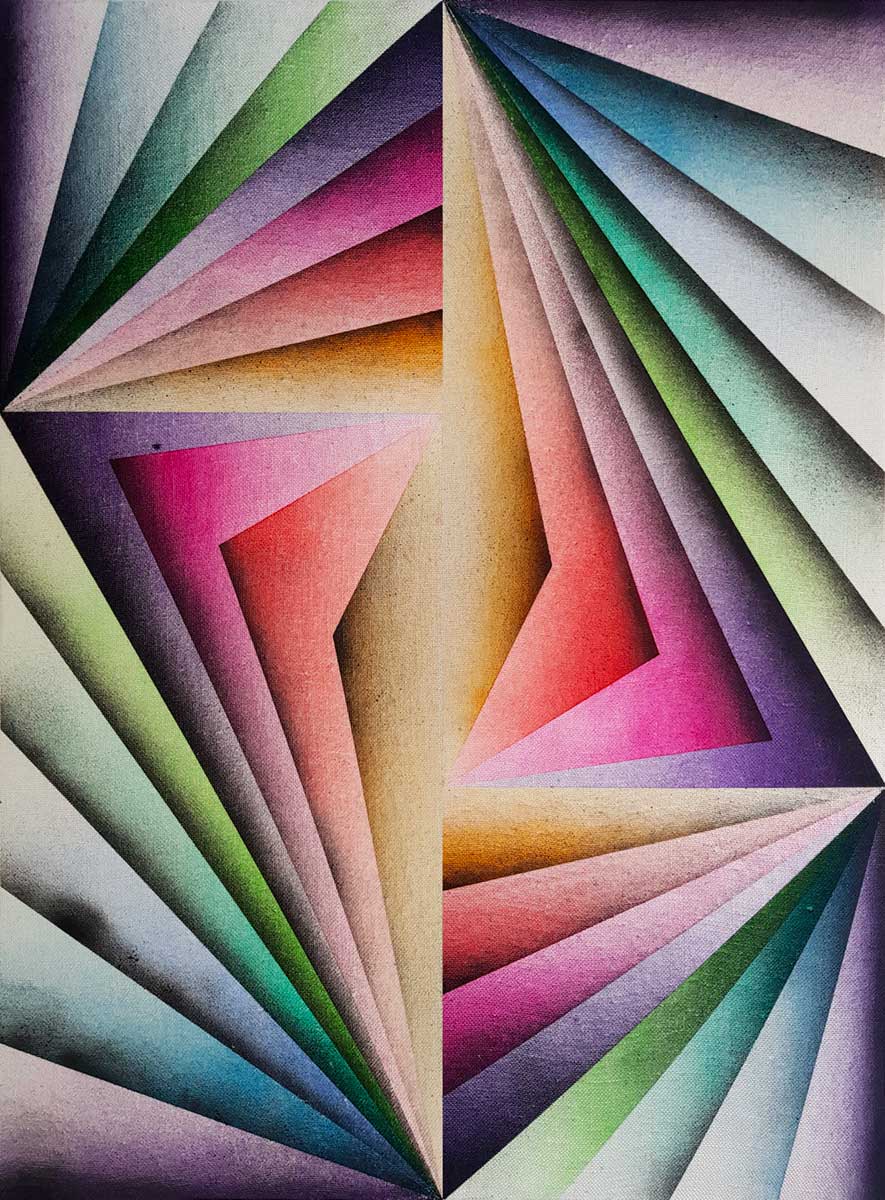 For their second solo show at 40mcube, Florian & Michael Quistrebert present a new series of esoteric and optical works produced for the occasion.

In 2008, Florian & Michael Quistrebert presented one of their first solo exhibitions in France, Abstract Lady Guardian, at 40mcube. Since then, their career has continued with numerous residencies, solo and group shows in France and abroad, awards… In residence in New York and then at the Rijksacademy in Amsterdam, they were nominated for the Marcel Duchamp Prize in 2014. They are represented by Crèvecœur gallery in Paris, by Upstream Gallery in Amsterdam and by 313 Art Project in Seoul.

Florian & Michael Quistrebert usually develop their work in series, either on canvases and videos. Each time exploring different aspects of painting, they mix references as varied as romantic painting, minimal and psychedelic music, minimalism, geometric abstraction, or optical art. These references are materialized in painting but also in various matters such as sealants, to which they sometimes integrate electronic elements such as diodes, or mobile and automated presentation devices. Following a path, their work has thus evolved through several phases, colorist, materialist, even technological, but with a common point: trying to produce a fascinating, hypnotic effect that absorbs the person facing the work.

Constantly implementing ambivalences, even contradictions, the artists present in their exhibition paintings that are both esoteric and optical, resembling what they call flamboyant minimalism.

Often referring to music, their paintings can be seen as visual music, with references to the minimal and psychedelic experiments of Terry Riley, Brian Eno, Eliane Radigue or Laurie Spiegel. Modular like synthesizers, these paintings include repetitions, associations, gradations of forms and entanglements that can be perceived as visual versions of sound effects such as reverb, delay, echo, distortion and saturation. So many simple and precise forms which, repeated, superimposed, evoke infinite spaces, and symbols to be filled with meaning.